You are here: Home / Save on Groceries / Why Costco didn’t work for our family

Disclosure: This post may contain affiliate links. That means I may get a commission if you decide to make a purchase through my links, at no cost to you. Please see my full disclosure policy.

I was finally curious enough in July of 2017 to bite the bullet and try a Costco Membership. Even as I was checking out I was wondering, is a Costco membership worth it? Most people I had asked said good things about their Costco membership:

Okay, I buy it. It sounds good. I’m willing to give it a try.  I track my monthly spend via couponing reports so I’m game for anything I can do to ultimately save money. I purchased a Groupon for the membership for $60.00. The cost from Groupon is the regular price for a Gold Star Membership.

It included some additional incentives that made me feel like I was getting a good value.  We received coupons for a free pizza, a free case of vitamin water, and a free package of Kirkland branded paper towel. Read my Costco Review below to discover how the membership worked out.

When I went to activate the Gold Star Membership in the store the service desk convinced me to upgrade to their Executive Membership for $60.00 more (so $120 total). I was skeptical at spending more money beyond the original $60 investment. I was sold on the fact that there was no risk to me.

The Executive level tracks your Costco spending and I will receive a check back for 2% of my annual purchases. If I did not spend enough annually to equal at least a $60.00 check, then I would get the difference back. So they convinced me to try it as I had nothing to lose.

I had been in a Costco with other card members at least once or twice before so I kind of got the gist. My husband and our 2-year-old daughter came and we perused the store for a few hours. We went up and down every single aisle just checking things out.

We cashed in on a few of the ‘freebies’ via coupons including the vitamin water and paper towels. Consequently, we fell in love with their vitamin water and proceeded to buy it almost every time we went. My husband loves the raspberry green tea and if it came with just that flavor we would probably buy more of it.

The paper towels also seemed of nice quality although we never purchased any more after that.

I’m an olive lover, so the fact that they had gigantic jars of green olives spoke to me. There were a few spices we got in huge containers, pancake mix, etc.

There is a Costco location about 25 minutes from our home. There is also one about 15 minutes from my place of work. I will periodically go over my lunch break or swing by on my way home from work. I likely visited 5-7 times over the course of the year.  While not all that far from home or work, it was an extra trip out-of-the-way for us.

After about 10 months since starting the membership, I received a check in the mail for $12.57 as my annual cashback of the 2%.  That means we spent about $600 at Costco in the last year, or around $100 per trip estimating we made 6-7 trips the entire year.

Costco is not a good fit for our family of 3

There’s nothing wrong with Costco, it just didn’t speak to me or provide as much value to me as I was hoping it would. As a couponer with a small family, even with the savings books that got mailed to me each month I still didn’t find the value on nearly all items.

Not only do I feel I can find better deals outside of Costco, I can also find brands and products I prefer.  For example, I like Belvita, specifically the smaller pieces. Costco offers Belvita (at least my location) but only in the larger biscuit sizes.

So not only did I not feel like the price per biscuit was a deal, they don’t offer the type I like.

I think my feelings are out of the norm as again most of the people I know with Costco memberships adore Costco, but it wasn’t for me.

I broke up with Costco

Recently I headed to Costco with the $12.57 check and went to the membership desk to discuss cancellation. I proceeded to get into a heated discussion with the woman in customer service as she said if I didn’t want to spend the $12.57 in the store she could cash it out for me.

That’s great but what about the other $47+ to make me whole on the $60 that I paid to upgrade to the Executive Membership that I had “nothing” to lose on?

She said I must have misunderstood because the only time they make Executive Members “whole” is when they renew their memberships. I didn’t qualify because I was canceling my membership.

So I got a little frustrated and communicated my disappointment at feeling like I was sold the Executive Membership under false pretenses. There was large a sign hanging on the wall near the service desk that said they would refund membership fees for anyone dissatisfied, so I asked if I qualified for that. I’m dissatisfied I want my money back.

I truly would have been happy with them simply giving me $60 in Costco gift cards, and going one last trip to stock up on Vitamin water. I paid $60.00 for the Groupon. That I was willing to pay to give Costco a try. It was the additional $60 that I paid out of pocket to upgrade to the Executive Membership that I was pissy about.

So after debating back and forth, she said: “let me see what I can do.” She then asked for a manager to override and opened the cash register. She started laying cash out on the table.

She handed me some cash and some change. Then opened the drawer again, and handed me more cash and more change. It was an awkward exchange with a few words. I then handed her my Costco Membership card, said “thank you” and walked out.

It wasn’t until I got to my car, pulled out the wad of cash and change and counted it. The total was $120.00 which amounted to the original $60.00 I paid through the Groupon and the extra $60.00 I paid to upgrade.  I was not expecting that!

If you have a large family or are throwing a party and want to stock up on a lot of something I can see the value.

Costco offers many other services beyond just the items they have in store. For example, when we were looking to take a beach vacation over the winter they have a travel portal just for members where you can look at discounted trips. I had a colleague who said he used the Costco car program to get a better deal on a new car.

Consistently gas at Costco was $.05 to $.10 cheaper than any other local station. It would take a lot of gas to recoup a $60 membership, but is a perk if you’re using your card.

I didn’t use it beyond returning my membership but I have heard they have a generous no questions asked return policy on almost anything.

May not work for small families

If you have a smaller family or won’t be able to consume something before it goes bad or expires, it may not be for you. I couldn’t justify purchasing what seemed like a lifetime supply of something only to have to look at it and store it for as long as it takes for us to consume it. That includes both food or paper products.

Hard to find good deals (in my opinion)

Not everything is a good deal. I would argue very few things are a good deal once you factor in the cost of membership.  If you’re not looking closely at prices per unit, you could end up paying more than you would on smaller units of measure. And the “savings” for buying in bulk never seemed to add up to the cost of the membership for our family.

Depending on where you live, you may not have the space to store items in bulk. Smaller homes or apartments with limited space already may not have room to store a 30-pack of Paper Towel or 60 pack of toilet paper.

If you have no stores located geographically to you, be real with yourself. How often do you think you will drive out of your way to go to the store? I had a location only 15 minutes from my place of work and still found it difficult to find the time to go.

While Costco was not right for our family, their customer service was second to none. They went above and beyond when I went to “break up” with them. Costco exceeded my expectations in terms of reimbursement.

If my situation ever changes in the future (i.e. we have a bigger family) I wouldn’t hesitate to try them again. But at this stage in my life, it just wasn’t a good fit. 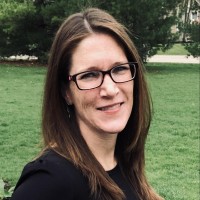 Steph is a self-taught money-saving expert and founder of Intentional Saver. Her savings and couponing advice has been featured in USA Today, GOBankingRates, Business Insider, Work+Money, Opploans, Reader’s Digest, among others.